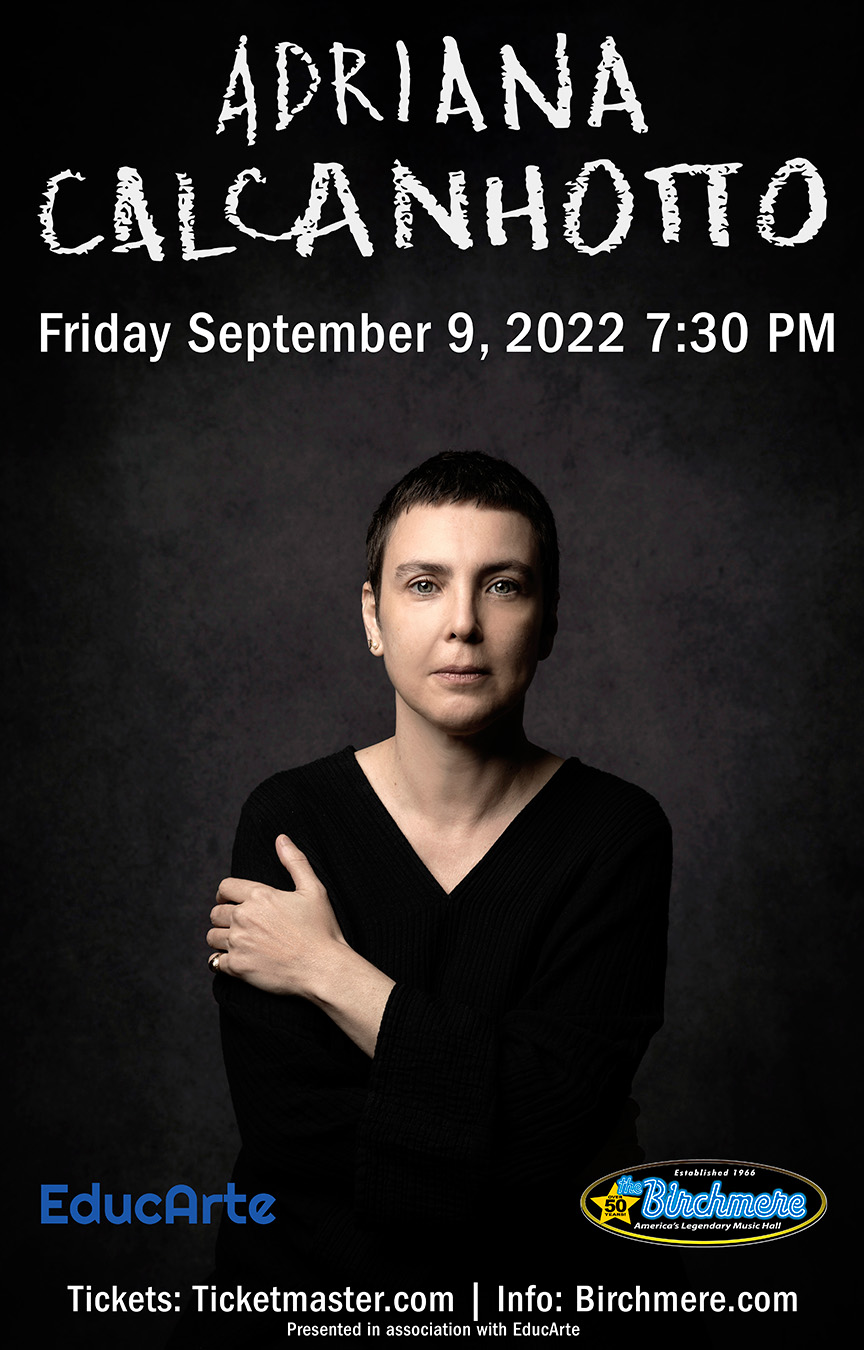 Acclaimed by fans and critics alike and hailed as one of the great Brazilian singer songwriters of the last 30 years, Adriana Calcanhotto is a musical chameleon who navigates from bossa nova, to samba, avant-garde, pop, MPB and beyond. A 2X Latin GRAMMY winner, Calcanhotto began her career in the mid 1980’s and has released over 20 albums reaching multiplatinum sales. Over the past three decades her songs have become the soundtrack for millions of fans through radio airplay, mesmerizing music videos, and as themes for major TV shows. With astonishing versatility and captivating poetry, Calcanhotto is able to compose popular ballads as well as conceptual pieces inspired by the literary greats. A published author with immense knowledge of the Portuguese language, Calcanhotto was invited by Coimbra University in Lisbon to teach a special class on poetry and music composition. She was extremely creative during the pandemic, releasing a live album, and new music inspired by the realities of Brazil.