Home > SUZANNE VEGA – An Intimate Evening of Songs and Stories

SUZANNE VEGA – An Intimate Evening of Songs and Stories 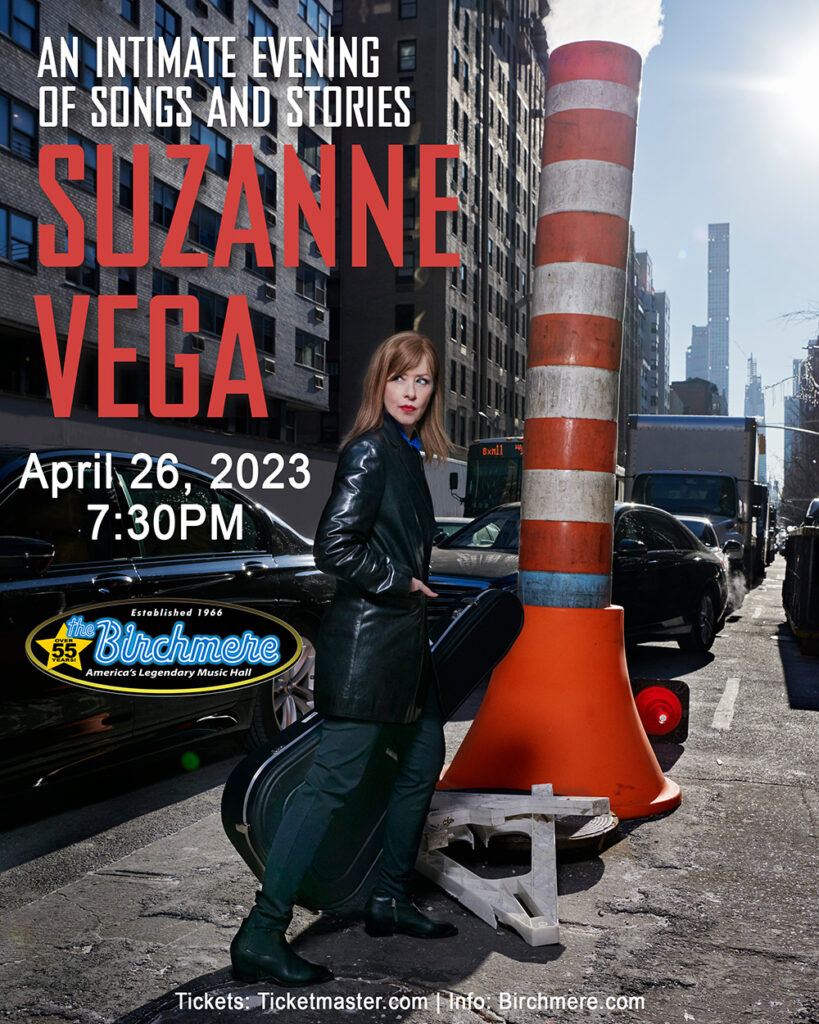 Suzanne will be joined on stage by her longtime guitarist, Gerry Leonard, performing favorites from across her career.

Vega emerged as a leading figure of the folk-music revival of the early 1980s when, accompanying herself on acoustic guitar, she sang what has been called contemporary folk or neo-folk songs of her own creation in Greenwich Village clubs. Since the release of her self-titled, critically acclaimed 1985 debut album, she has given sold-out concerts in many of the world’s best-known venues. Known for performances that convey deep emotion, Vega’s distinctive, “clear, unwavering voice” (Rolling Stone) has been described as “a cool, dry sandpaper-brushed near-whisper” by The Washington Post, with NPR Music noting that she “has been making vital, inventive music” throughout the course of her decades-long career.

Bearing the stamp of a masterful storyteller who “observes the world with a clinically poetic eye” (The New York Times), Vega’s songs have tended to focus on city life, ordinary people and real-world subjects. Notably succinct and understated, her work is immediately recognizable—as utterly distinct and thoughtful as it was when her voice was first heard on the radio over 30 years ago.