Home > The Birchmere Presents DISNEY PRINCESS – THE CONCERT at The Lyric in Baltimore!

The Birchmere Presents DISNEY PRINCESS – THE CONCERT at The Lyric in Baltimore! 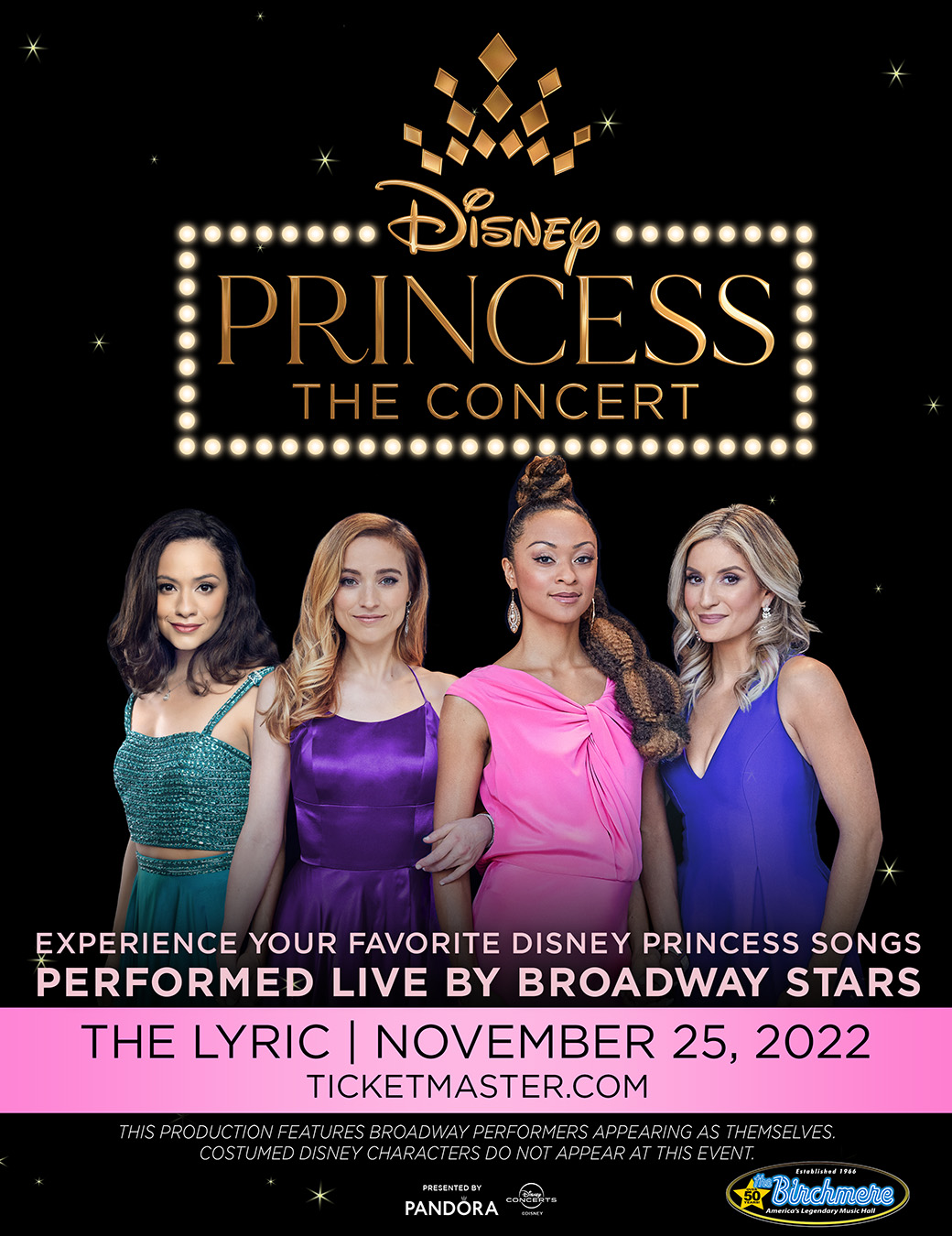 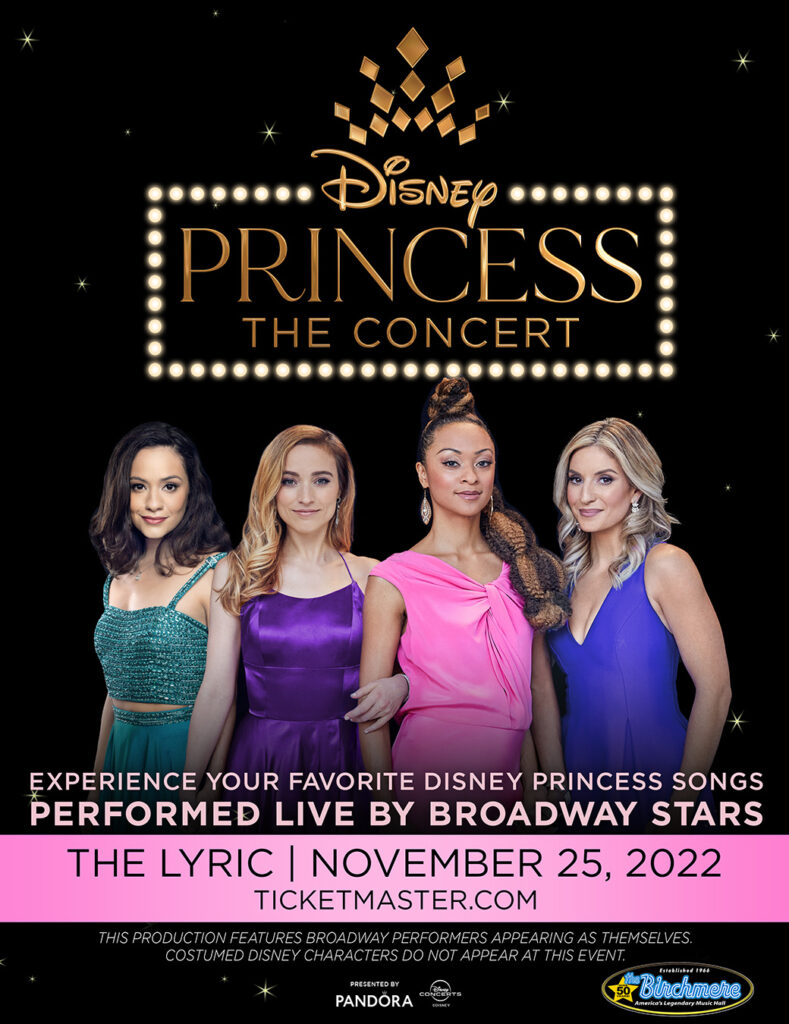 For generations, the music of Disney’s princesses has been the soundtrack to our lives. Now, for the first time in forever, a quartet of Broadway and television icons celebrate these beloved songs on stage in Disney Princess – The Concert! Drama Desk®-nominee Christy Altomare (original Anastasia, Mamma Mia!), Broadway.com® Audience Award-nominee Isabelle McCalla (’Princess Jasmine’ in Aladdin, The Prom), Disney Channel star Anneliese van der Pol (‘Belle’ in Beauty and the Beast and ‘Chelsea Daniels’ on That’s So Raven/Raven’s Home), and BroadwayWorld® Award-winner Syndee Winters (‘Nala’ in The Lion King, Hamilton) combine forces in this concert of a lifetime, joined by their magical Music Director, Benjamin Rauhala (Fiddler on the Roof) and enchanting Prince, Adam J. Levy (Moulin Rouge). Your every dream will come true as larger than life animation and theatrical effects immerse the audience in pure Disney magic, while these acclaimed stars sing the music of every Disney Princess and share their exclusive, hilarious and heartfelt behind-the-scenes stories from their time on the stage and screen. We invite you to relive your VHS glory days, dress up in your favorite royal attire, and share the joy with your loved ones. Be part of our world at Disney Princess – The Concert, presented by Pandora Jewelry. *This production features Broadway performers appearing as themselves. Costumed Disney characters do not appear at this event.
This show has been rescheduled from 11/26/21. All 11/26/21 tickets will be honored on the new date.