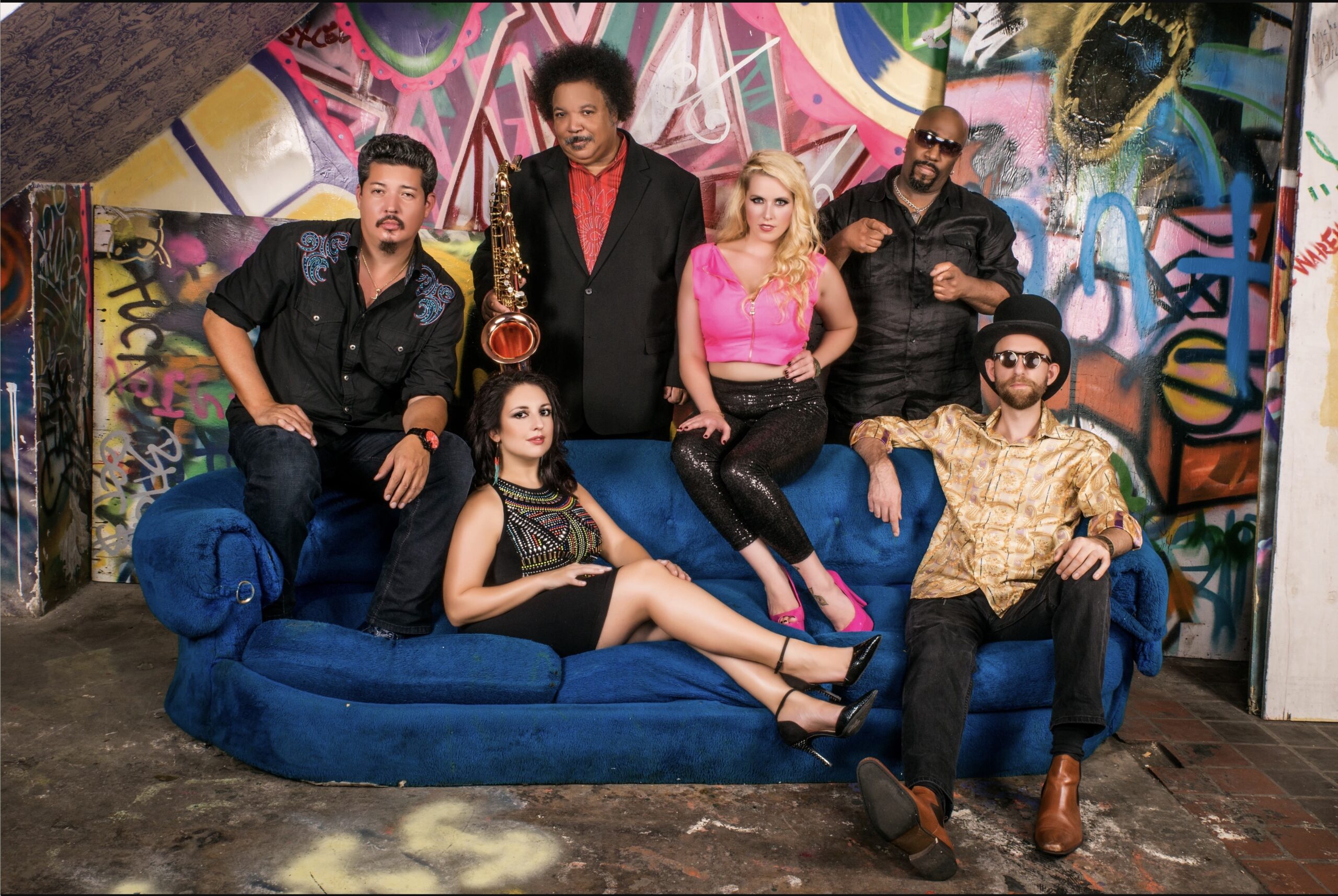 The Ron Holloway Band is a 7-piece saxy, funk machine out of Washington DC. Combining sax driven jams along with soaring female vocals, intensely emotive guitar, and hard hitting grooves to deliver a full on funk, rocking show. Pulling from influences such as Sly & the Family Stone, Parliament Funkadelic, and other funk masters, RHB provides a blend of rock, funk, soul, and r&b grooves to hit you with a high-energy sound and presence. A relatively young band, this group has quickly made waves on the festival scene, having the pleasure of being joined on stage by greats such as Warren Haynes, Jack Pearson, Derek Trucks, Susan Tedeschi, as well as members of Gov’t Mule and Tedeschi Trucks Band.