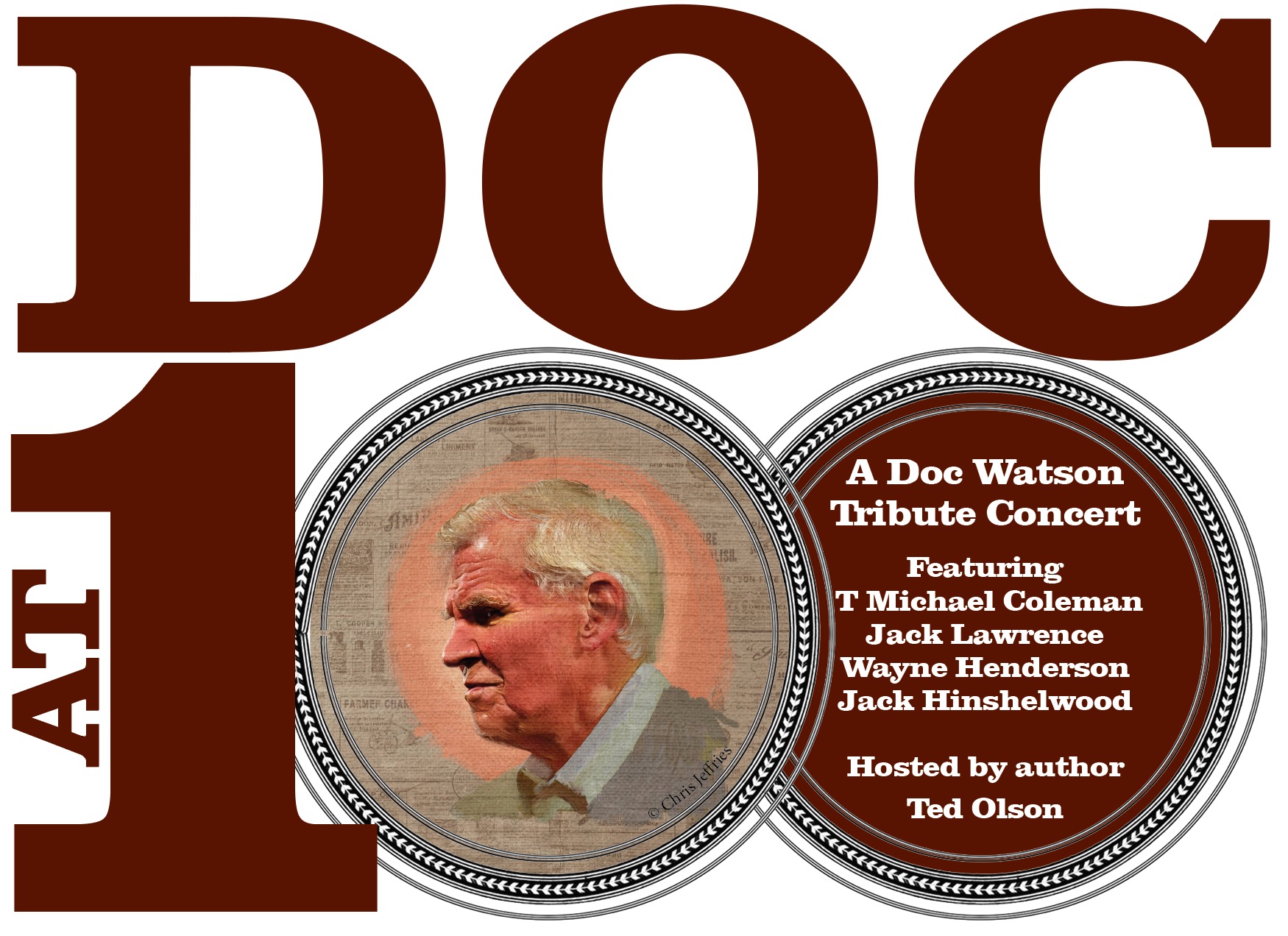 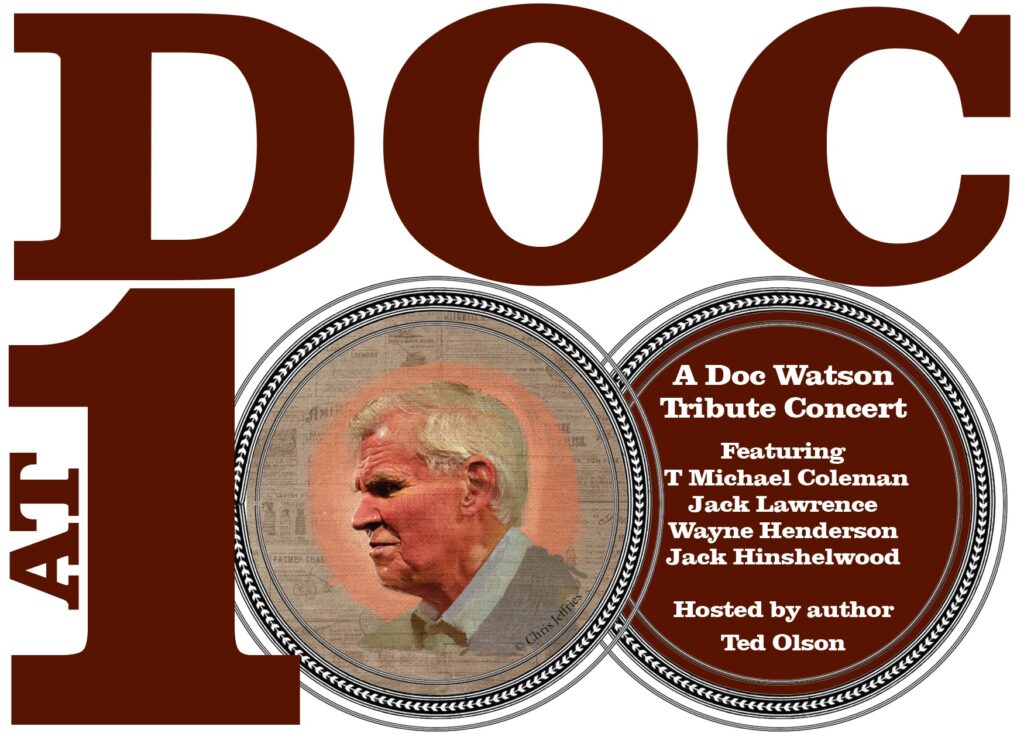 DOC AT 100 is a concert program celebrating the life and legacy of Doc Watson by those who performed with Doc, were profoundly influenced by his music, and called him a friend. This includes T. Michael Coleman and Jack Lawrence, who performed, recorded, and toured with Doc longer than any other musicians he worked with. Joining T. Michael and Jack, are fellow guitarists Wayne Henderson and Jack Hinshelwood, who were both heavily impacted by Doc’s music through his many recordings and performances, and Wayne counted Doc as a close friend, especially in Doc’s later years when he enjoyed visiting Wayne in his guitar making shop in Rugby, Virginia.