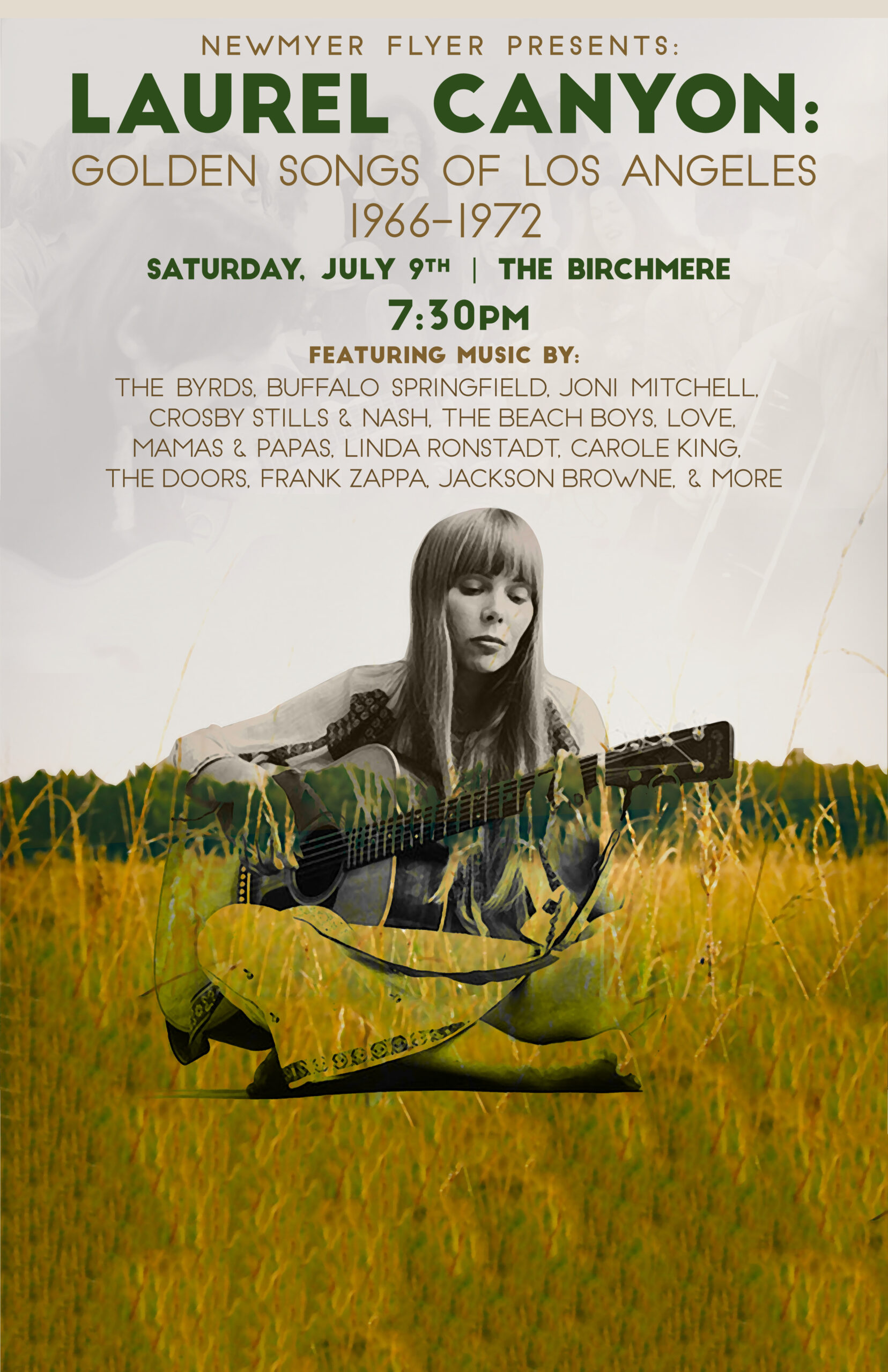 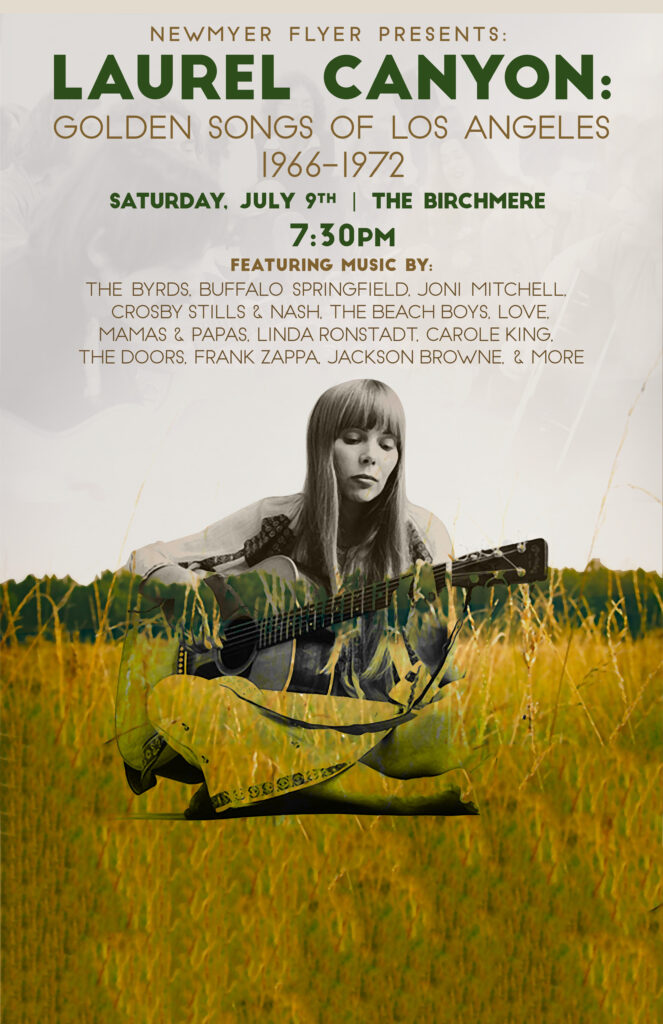 The legendary music scene found in Los Angeles and its neighboring magic-struck neighborhood,      Laurel Canyon, are the focus of this show from Newmyer Flyer.  Celebrating the musical brilliance of more than a dozen legendary bands and performers who lived and made their music in and around L.A.  “Laurel Canyon: Golden Songs of Los Angeles” features a dream lineup of some of the D.C. area’s most accomplished and exciting young artists.  Catch them together in this extraordinary show as they take on a treasure trove of great songs including ; So You Want To Be A Rock & Roll Star, For What It’s Worth, California Dreaming,  Carry On, Doctor My Eyes,  God Only Knows & other classics from the era.

The heart of the Laurel Canyon sound encompasses such harmony driven bands as Buffalo Springfield, The Mamas & Papas, and Crosby, Stills & Nash and also encompasses the startling creativity of Joni Mitchell, The Byrds, and Beach Boys as well as the noir-ish sounds of The Doors. As the 60’s turned into the 70’s, the Laurel Canyon sound ruled the worlds airwaves, and is most associated with singer- songwriters like Joni Mitchell,  & Jackson Browne.  Laurel Canyon’s long history as a home to emerging artists continues today, but perhaps was never as ascendant or as charmed, as in the mid to late 60’s.  Laurel Canyon: Golden Songs of Los Angeles 1966-72 will carry you back to that time, and take you on a starlit journey, as we dive deep into some of the greatest popular music ever made.